Why you should think about starting 360 degree feedback assessments

How effectively does your company monitor employee performance? It used to be the case that employees were evaluated during a one-on-one interview with their line manager, and it was their assessment of the employee's work that mattered. While that type of assessment can be of some value, there are betters ways to gather that information, and an increasing number of companies are now embracing 360-degree feedback surveys instead.

What are 360-degree feedback surveys?

While the traditional approach to employee monitoring focused on how the person or people directly above the employee viewed their performance, a 360-degree approach will concentrate on how they are viewed across the organisation by all those who interact with them, including clients and suppliers. The 'all-around' nature of a 360-degree approach allows you to see how the work of an individual impacts all of the stakeholders in your organization both positively and negatively.

Here are three ways that 360-degree feedback surveys can benefit your company and help your employees reach their full potential.

Obtain a well-rounded view of performance

It's often hard for any individual to accurately assess their own performance. As a part of 360-degree feedback surveys, participants are often given a self-assessment survey, which is compared to the feedback gathered on the individual from other members of your team. In this way, a manager can quickly discern whether the employees view of their performance bear any relation to how others within the company view their contribution. They can learn where they may be doing well and what areas they should focus on to enhance their performance levels.

Often the feedback received about an individual can be largely positive, and this will help to increase their confidence. There are frequently many positive things that can be said about someone's performance but due to the day-to-day rush to complete work these things are never said. 360-degree feedback surveys provide an opportunity for these confidence-boosting statements to come to the fore as well as revealing any blind spots which could benefit from more attention.

Enhances openness in the organization

How valued do your employees feel? Sometimes employees can become frustrated if they think that no-one is listening to them. By allowing them to participate in 360-degree feedback surveys, you demonstrate that their views do count and you build a cohesive, open workplace where every employee feels valued, and that strengthens overall company performance. 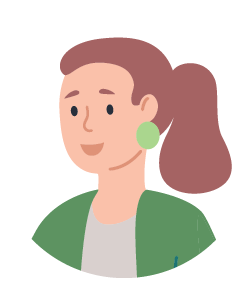 If you want to get an edge on other businesses, you might be thinking about hiring a consultant. Working with someone from outside of your company may seem kind of strange at first but if you take the time to work with a consultant, you can reap the benefits of their knowledge. We hope that this blog can help you to hire the right consultants and to work with them in a productive way. Here, you will find articles written by amateurs who have a strong interest in consultancy which will explore every aspect of this topic. We hope you find the info posted here useful.

How to Improve the Energy Efficiency of Your Home
27 February 2020
Do you intend to build a home? Well, one of your concerns should be the energy efficiency of the house. Read the excerpt below to learn how to improve …

Top Tips When Building Your Home
30 January 2020
Building a home is no easy task. However, it allows you to customise the house to suit your tastes and family needs. Below is a short guide on some co …

Why you should think about starting 360 degree feedback assessments
24 January 2020
How effectively does your company monitor employee performance? It used to be the case that employees were evaluated during a one-on-one interview wit …